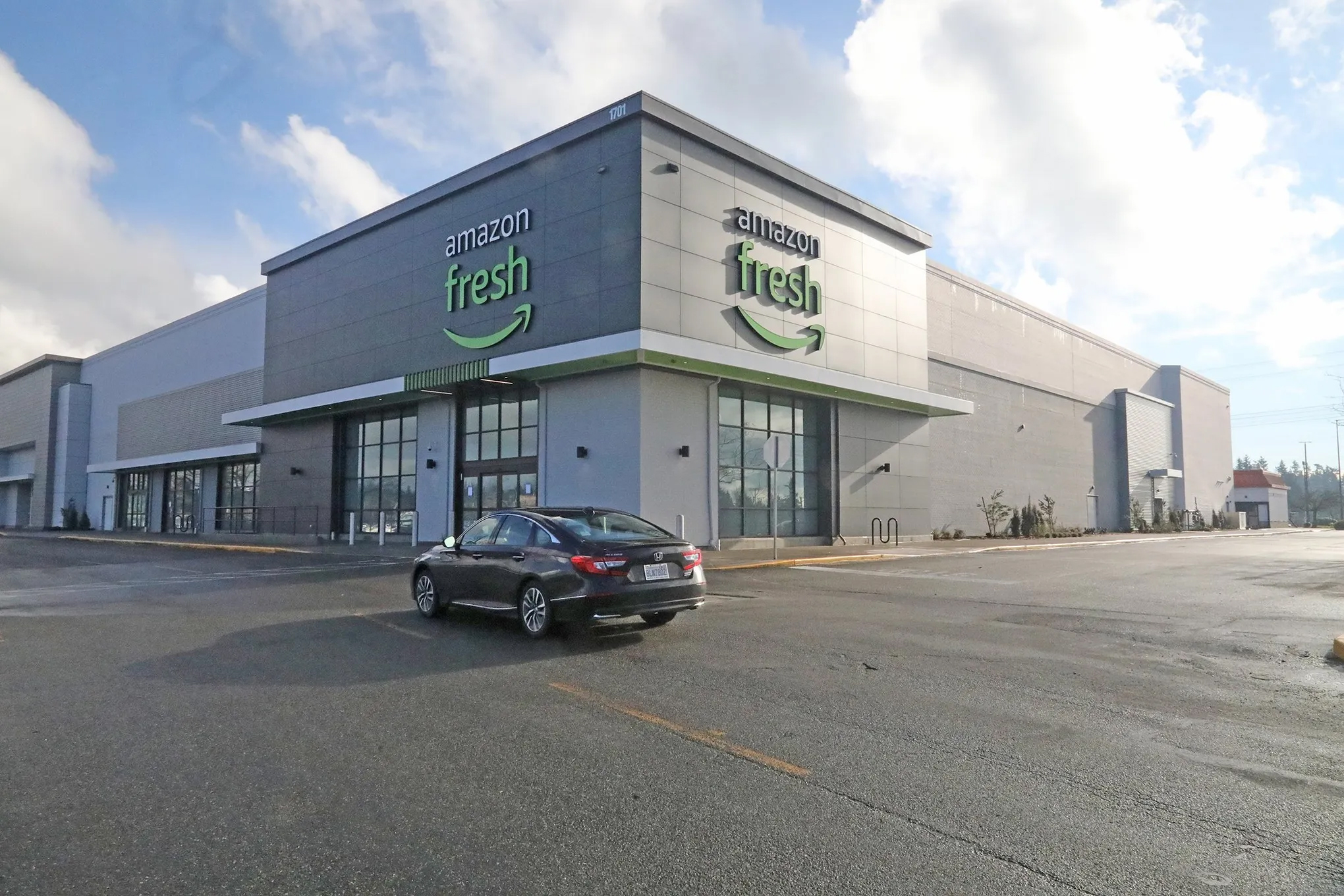 By Lauren Rosenblatt, The Seattle Times

Amazon is set to open a new grocery store in Federal Way, taking over a former Sears store and adding to its list of locations that allow customers to skip the checkout line.

Amazon is renovating a property at The Commons mall in Federal Way to reoutfit the location into an Amazon Fresh store, the company’s full-service grocery store option that boasts lower prices than its Whole Foods counterpart. Amazon Fresh is also the name of the company’s grocery delivery service.

Amazon did not disclose an opening date to The Seattle Times or to Federal Way Mayor Jim Ferrell, but the city is eager to see it open its doors.

“We’ve been really excited about the reuse of this property,” Ferrell said. “It’s our central business district, roughly, it’s the center of our downtown. And what I was really worried about before Sears sold the property, because of their difficulties, [is that] it would sit empty.”

The building was vacant for a few years, Ferrell said, before construction began on the new store six months ago.

From the outside, it looks like Amazon has invested in the future of the location, he said, transforming the building from its red brick exterior to an all-white façade.

“It represents investment in our community,” Ferrell said. “I think there’s plenty of room in the marketplace, and I think it’s going to be a welcome addition. It’s really about activating that space.”

Since introducing the first Fresh store in 2020, Amazon now operates 23 locations across six states and the District of Columbia. It has three locations in Washington: in Factoria Square Mall in Bellevue; on Jackson Street in Seattle; and on Pike Street on Capitol Hill.

The Bellevue location was the first site where Amazon featured its “Just Walk Out” technology at a full-service grocery store. The system uses a web of computer vision, sensor fusion and deep learning to allow shoppers to skip the checkout line. Customers can opt into the Just Walk Out service, which will link to their Amazon account or a credit card, or choose a traditional checkout lane.

After launching cashierless experiences at stores dubbed Amazon Go, the company introduced the technology at a larger scale in Bellevue in June 2021. The newest location in Federal Way will feature the technology as well as traditional checkout options, according to an Amazon spokesperson.

The company did not disclose any financial details about the new store. It will employ “hundreds” of workers, an Amazon spokesperson said, at a starting salary of $18.30 per hour.

This isn’t the first time Amazon has moved in after Sears closed shop. In July 2020, it announced plans to open a Go grocery store in a former Sears automotive building in Redmond. Amazon closed that location in May 2021.

In Federal Way, Amazon wasn’t the only grocer looking to snatch up the former retailer’s spot, according to the mayor. City officials believed a California-based company was slated to take the location for a grocery store with an emphasis on fresh food, but the deal never materialized.

Since then, stakeholders have been tight-lipped about the development, Ferrell said.

“When they’re ready, we’re ready,” he said. “We’re looking forward to them opening their doors and hiring folks. Federal Way will be there with open arms. I’ll bring my scissors.”