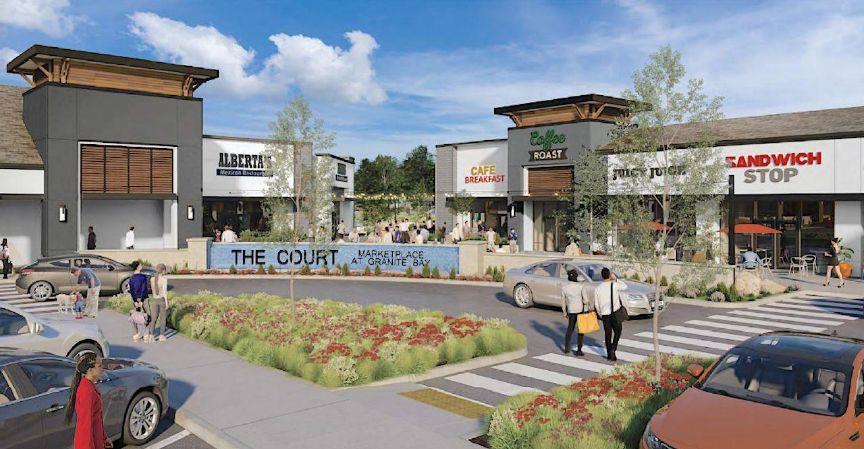 If you’ve recently driven down Douglas Boulevard, you might have noticed major construction in the Country Gables Shopping Center, which currently houses Raley’s, Beach Hut Deli, Granite Bay Chinese Restaurant and a number of other businesses.

The construction and number of vacancies are part of a major renovation and addition of many new businesses throughout the entire shopping center, now known as Marketplace at Granite Bay.

There are currently 21 openings or “coming soon” spaces with the other 15 filled, according to Merlone Geier Partners, which purchased the center in 2017.

“We are currently in discussions with a number of tenants in a number of categories but are not in a position to announce them at this time,” said Soraya Sharifi-Slaughter, Merlone Geier Partners vice-president.

Renovation plans have been in the works for years when the initial plan to begin construction in 2020 was “put on hold temporarily due to Covid,” Sharifi-Slaughter said.

Merlone Geier Partners, known for its renovations of dated shopping centers throughout California and the Pacific Northwest, plans to remodel Granite Bay’s shopping center with modernized construction and design choices for every storefront.

Some changes are complete, including the addition of Chipotle, which includes a new feature for the eatery: a drive through for online pickup orders.

To the left of Raley’s will be “The Court” area. Image renderings and plans show the space as an outdoor food court for the new businesses that will fill spots in that corner.

The Court will include “water features, as well as outdoor seating and gathering areas,” Sharifi-Slaughter said.

Nimisha Parikh, a frequent Raley’s shopper, said that there isn’t much else for the center to offer.

“I have never seen a whole lot of activity there,” Parikh said.

“If they bring more restaurants, that may bring business. Especially because there is a junior high close by and kids can go after school.”

Claire Warren recalls attending Cavitt Junior High School and frequently walking after school with friends to the shopping center for a snack or drink.

Warren lives within walking distance and still often shops at Raley’s. For her, there is much anticipation. The construction has not impacted how frequently Warren goes because it’s “convenient and local, and there’s still plenty of parking.”

While construction has slowed the flow of cars in the parking lot, Warren said, “the lack of options” concerns her.

“Some of the buildings have been empty for a long time so it will be nice to have more businesses in the shopping center,” Warren said.

To those looking forward to shopping at many new businesses and making use of the new spaces, developers are “hoping the project will be completed by year end,” Sharifi-Slaughter said.