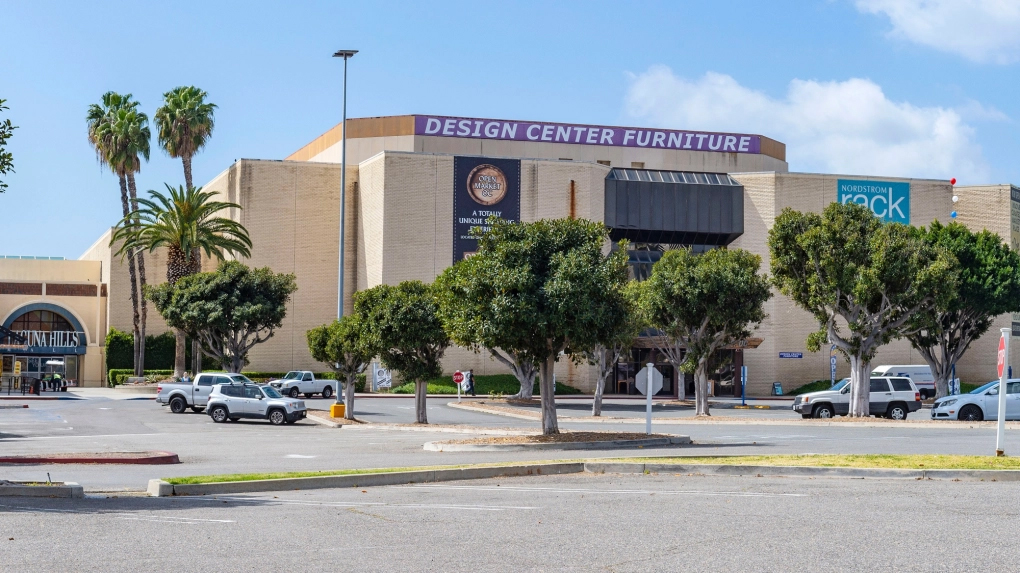 Once a shopping and entertainment destination for south Orange County, the Laguna Hills Mall is going to become a neighborhood with homes and a park, offices and restaurants, and yes, still some spots for people to shop.

The mall’s interior closed four years ago, as its owners prepared to renovate amid departing retail businesses, but even those plans had to be overhauled as even fewer shoppers hop in the car, instead clicking their way to checkout.

So now the Village at Laguna Hills is the plan for the 68-acre property off the 5 Freeway – the City Council this week signed on to the vision for joining the trend seen across the region of revamping brick-and-mortar retail hubs with mixed-use features.

Village at Laguna Hills will be owner Merlone Geier’s second go at replacing the mall with an urban village that retains some retail and restaurant anchors from the original site. In 2016, the developer broke ground on Five Lagunas, a project that proposed redesigning the mall’s interior and adding outdoor dining, a promenade, a high-end movie theater and more.

But with the departure of giants Macy’s and JCPenney, “that gave us an idea to re-imagine the entire site,” said Stephen Logan, vice president of development for Merlone Geier.

The company halted construction in 2017 and went back to the drawing board.

“We had control over the entire site and thought that on a long-term basis, we didn’t want to build our plan that was approved to have empty retail, given the landscape we were in,” Logan said.

The rebranded Village at Laguna Hills slashed the retail footprint and incorporated more apartment units, a 2.6-acre Village Park, commercial offices and an upscale hotel. The former mall and most surrounding buildings will be demolished.

Only the In-N-Out Burger, BJ’s Restaurants and Brewhouse and King’s Fish House will remain. The Nordstrom Rack will be relocated underneath a new movie theater that will border the park.

Councilman Don Sedgwick said the mixed-use project, with its combination of housing, retail, entertainment and park space, “is really the best use of this land.”

With interest now trending away from traditional shopping, he sees it going more toward all-around entertainment experiences. An owner and operator himself of a fashion jewelry retailer between the 1980s and 2000s, Sedgwick said he started to sense the shifting interest in typical suburban malls as early as the ’90s.

“So it wasn’t a surprise when Merlone Geier pulled the plug on the Five Lagunas, which was going to be a very exciting retail center, but they could not lease it,” he said.

Creating a new kind of destination incorporating “more of an entertainment-type of center, where perhaps shopping may not even be your primary reason for going there, but more of an experiential mall, is what is trending now,” he said.

A development agreement with Merlone Geier promises the city millions in community benefit fees, as well as a commitment to construct the park, 210,000 square feet of retail space, the hotel with 100 to 150 rooms and at least four of a proposed five apartment complexes.

Among the 1,500 housing units proposed, Merlone Geier will make 200 affordable, priced half-and-half for lower-income and moderate-income individuals or families.

Those units will help the city fulfill some of its state-required housing needs, though some residents and council members questioned whether there was an opportunity with this project to do more. At a City Council meeting Tuesday, Mayor Dave Wheeler also bristled over the economic impact of reducing the project’s retail footprint and bumping up the number of apartment units, saying “the current design is based on the economics of COVID.”

Sedgwick noted that plans could be amended in next 15 years, over which construction will take place. While the number of apartment units is capped at 1,500, perhaps, if trends shift, retail space could be expanded, he said.

“There is flexibility built in,” he said.

Logan said the company doesn’t have plans to amend the number or pricing of the affordable units, and that they don’t expect at this point trends to shift so dramatically back to retail that the project would be altered.

“We’ll be ready if that happens, but at this point in time, we’re not anticipating that,” he said.

Any proposed changes to the project plan would go back to the City Council for discussion, said Larry Longenecker, the city’s community development director.

Adding to traffic along already busy El Toro Road has been a concern among Laguna Hills residents and some council members since early on.

But Sedgwick said the community is eager to see something replace the mall property that has sat blighted for almost a decade.

“They are tired of seeing a big parking lot on the side of the freeway,” he said, “and really need something that is going to be a vibrant center for the community to enjoy.”